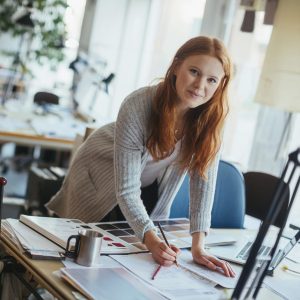 MYTH: “PMDD is just another type of PMS, it’s a normal part of life.”

REALITY: PMDD is not the same as PMS. True, many symptoms are the same. The difference is the severity. PMDD symptoms are debilitating, unmanageable and often described as “PMS X 1,000”. Women with PMDD are four times more likely to attempt suicide. A third suffer from suicidal thoughts. Sufferers can struggle to maintain jobs, relationships and families. Common descriptions include “it’s a week of living hell”, “I don’t recognize myself” and “I have no control over anything”. 5% of young to middle-aged women worldwide suffer from PMDD.

MYTH: “No one knows for sure what really causes PMDD.”

REALITY: In fact there is growing medical evidence and strong data on the causes. Women with PMDD have a heightened sensitivity to Allopregnanolone, a GABA steroid closely connected to the sex hormone progesterone. In the two weeks leading up to a period, the body starts producing increased amounts of both. These increasing Allopregnanolone levels influence the GABA-A receptors in the brain’s emotional center. The result, for women overly sensitive to Allopregnanolone, is overpowering emotional symptoms: irritability, mood swings and more. When menstruation begins, Allopregnanolone levels decrease and symptoms rapidly subside. 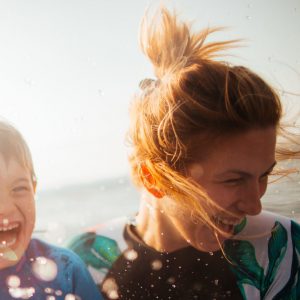 MYTH: “It’s mind over matter, you can pull yourself together”

REALITY: PMDD is a proven hormonal condition triggered by the steroid Allopregnanolone. It is way more severe than typical PMS and it has a strong hereditary element too. Approx. 50% of sufferers’ mothers lived with it as well. It’s true some women are able to manage symptoms better through natural methods like meditation or yoga. But for the majority these have no effect on relieving or reducing symptoms – nor should they be expected to. With symptoms including suicidal thoughts and negative self-thinking, growing numbers of healthcare professionals are advocating for increased PMDD awareness and clear, committed diagnosis.

MYTH: “PMDD is a mental illness”

REALITY: PMDD is a hormonal condition. However, because symptoms include mood swings, depression and self-destructive thoughts, it is sometimes mistaken for bipolar disorder. Establishing a Menstrual Diary, or using one of the many PMDD tracking Apps currently available, like Me v PMDD, is the way to diagnose PMDD. PMDD symptoms are most severe in the two weeks building up to a period, then recede once it starts. If your Menstrual Diary shows emotional symptoms throughout your cycle it is more likely you are suffering from depression or anxiety which gets exacerbated by PMS. In the US PMDD was officially categorized as a ‘depressive disorder’ in 2013 in the Diagnostic and Statistical Manual of Mental Disorders (DSM-5). In Europe, an EMA Guideline on PMDD came into effect in 2013, but it is still frequently un-diagnosed, or mistaken for bipolar disorder or depression. 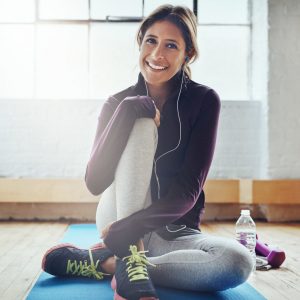 MYTH: “There are several treatment options for PMDD”

REALITY: None of the current treatments for PMDD were developed specifically to treat the condition. The two most common are SSRI antidepressants and hormone birth control pills. ORAL CONTRACEPTIVES (OC) Efficacy: MIXED. Only some preparations relieve symptoms, in some patients. Generally OC’s worsen symptoms since they include synthetic progesterone compounds that, when metabolized, act similarly to the compounds that trigger PMDD. Side effects: can include nausea, headaches, weight gain, decreased libido, increased risk of thrombosis, and severe negative mood effects. SSRI ANTI-DEPRESSANTS Efficacy: MODERATE. ‘Moderately effective’ Side effects: loss of libido, weight gain, sleep disturbance. 46% of PMDD patients in the US discontinue SSRIs within 6 months due to side effects.
GnRH AGONISTS Efficacy: HIGH. Ovulation is suppressed and menopause induced prematurely. Only prescribed to long-term patients who have not responded to other treatments. Requires careful add-back of female hormones. Side effects: decreased bone density and osteoporosis, careful monitoring essential. HYSTERECTOMY AND BILATERAL OOPHORECTOMY Efficacy: HIGH. Surgical intervention is currently the only permanent cure for PMDD. Side effects: the ethics of carrying out irreversible surgery to prevent PMDD varies from country to country.
This site uses cookies. By continuing to use this website you agree to our use of cookies. Accept
Read more about how we use cookies here. Read More
Privacy & Cookies Policy