Tourette’s syndrome (TS) is a cruel condition. Striking first in childhood, 32% of children with TS consider suicide or self-harm. Yet the most efficacious treatments like the anti-psychotic Haldol have side effects ranging from blurred vision, nausea and diarrhoea to severe involuntary movement disorder, irregular heartbeat and even renal failure.

Tourette impacts children at a particularly vulnerable age –sufferers typically experience their first tics on average between age 3 and 9. And the more the child tries to suppress a Tic, the more severe and compulsive it becomes. The psychological and social effects are devastating.

Yet developing a safe treatment with few side effects remains a challenge. TS is a complex condition. As with many other neurosteroid and hormone conditions, it is severely aggravated by stress. Complex co-morbidities with other stress disorders are common: 86% of patients with TS have at least one additional behavioral or developmental disorder (Univ. California, San Francisco)  – ranging from ADHD, OCD/B, inattention, hyperactivity, impulsivity and childhood conduct disorder – all of which could also be heavily impacted by Allopregnanolone, the same potent neurosteroid that plays a key role in PMDD

TOURETTE: A DEVASTATING IMPACT ON CHILDREN

of children with TS have considered suicide and/or self-harm.

are forced to miss school. (1)

With stress and comorbidities exacerbating the condition, and with conventional treatments presenting serious side effects, Tourette is unsurprisingly highly refractory:

of children and adolescents take prescription medication to manage TS.

of parents feel their child’s symptoms are not adequately controlled by existing medication.

of children and adolescents have tried five or more different medications. (1)

Asarina Pharma’s Sepranolone is a new, safer approach to Tourette. Sepranolone is the endogenous compound produced naturally by the body to modulate the effects of Allopregnanolone (ALLO), a key driver in the exacerbation of Tics in children and adults with Tourette. 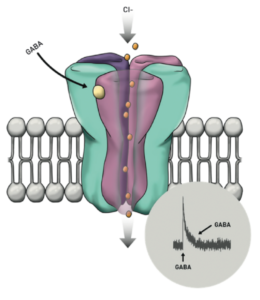 ALLO is a potent neurosteroid produced in the brain during stress situations. 2017 preclinical research indicated that increased ALLO production during stress enhances Tics(2). A further Asarina Pharma preclinical TS study in 2019 (3) went onto demonstrate that Sepranolone can reduce the negative effects of increased ALLO not only when it is produced peripherally (as with PMDD or MM) but when it is produced as a stress hormone in the brain of both genders during TS.

Asarina Pharma CEO Peter Nordkild: “There are no neurosteroid-based medications currently being used to treat TS. This is a new direction in treatment, a completely new approach. The logic of the Sepranolone treatment is completely different. As a highly targeted hormone metabolite Sepranolone offers the possibility of a treatment that could be efficacious – without any of the side effects commonly caused by anti-psychotics like Haldol. A positive result would be extremely promising for patients and it would indicate that Sepranolone potentially could play a part in treating a range of other ALLO-related stress disorders.” 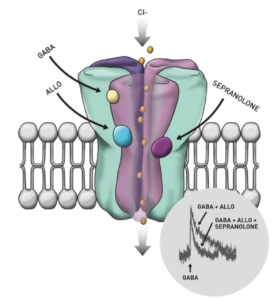 Asarina Pharma’s preclinical study in Tourette published in May 2019 demonstrated that Sepranolone reduced tics on par with Haldol, without inducing any motor side effects, in an animal model of Tourette. The high specificity of Sepranolone means it has few side effects, and proved to have a strong safety profile in the company’s Phase IIb Study in PMDD.

The company now plans to start a Phase IIa clinical study into TS, with 20 patients aged 14-45 years beginning treatment in Q1 2021 at the national Danish Tourette center at Herlev University Hospital’s Department of Paediatrics in Copenhagen, one of Europe’s largest Tourette units, with almost one thousand children in treatment.

“Sepranolone could mean a safe, secure prevention of Tourette symptoms, with no complicating side effects.


Our ultimate aim is to help children and teenagers with Tourette receive efficacious treatment that will empower them to remain in control of their lives.” 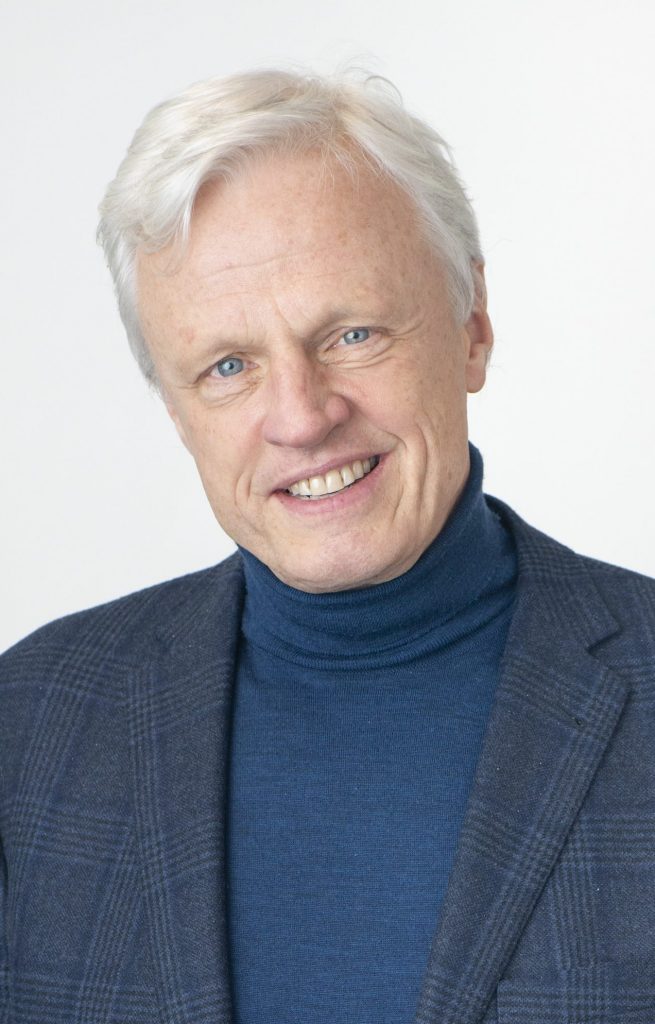 Professor Marco Bortolato, Faculty of Pharmacology and Toxicology at the University of Utah: “This research represents a new direction in the treatment of TS. If the clinical endpoint is reached, the reduction in tics according to the YGTSS (the Yale Global Tic Severity Scale), then I would certainly hope to see a new wave of research into the role of neurosteroids in a range of stress and compulsion disorders—even beyond Tourette.”

“A highly targeted hormone metabolite like Sepranolone offers the possibility of a treatment that could be efficacious, without any of the side effects commonly caused by anti-psychotics like Haldol” says Professor Marco Bortolato “it would be a positive and promising result for patients.” 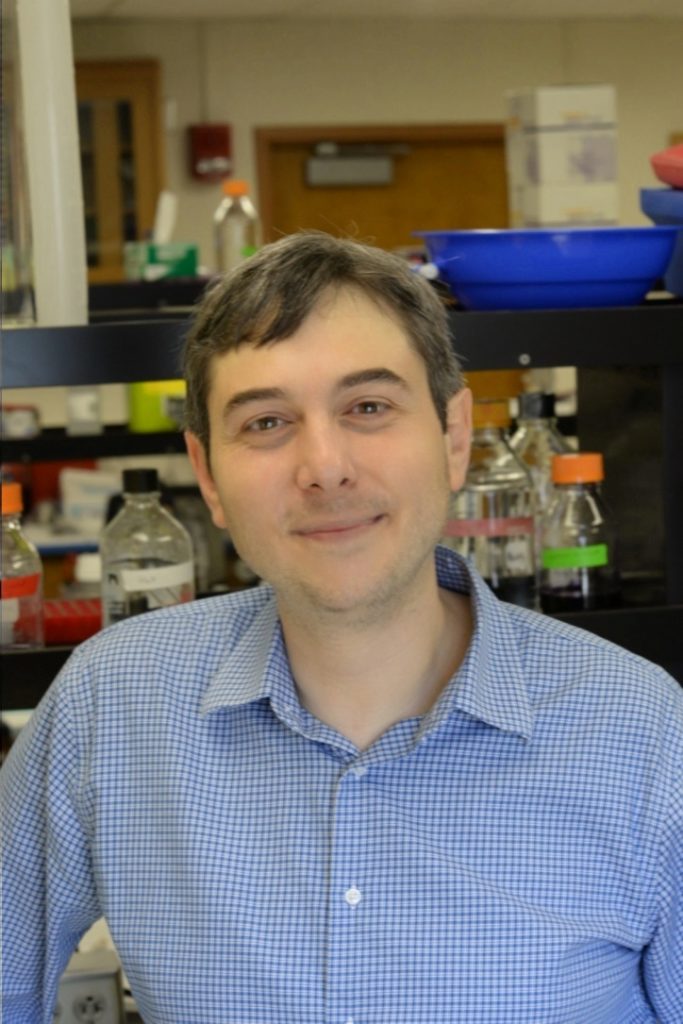 THE SERIOUS SIDE EFFECTS OF TODAY’S TREATMENTS

As Tic symptoms often do not cause impairment, and recede in later life, the majority of people with TS require no medication. But for those who do, current treatments involve challenges. Today’s most commonly prescribed effective treatments (anti-psychotic neuroleptics like haloperidol (Haldol) and pimozide) are associated with frequent and serious side effects. Paradoxically, the neurological side effects (like tremor, Parkinson-like symptoms and involuntary dyskinetic movements) can be so severe that they themselves are mistaken for symptoms—meaning higher doses of anti-psychotics being prescribed and so a worsening of side effects. Consequently there is a large unmet medical need for an effective treatment for TS not associated with serious side effects. Prof Bortolato’s initial research on tics used Finasteride, an experimental drug that blocks the synthesis of ALLO. “Because TS occurs predominantly in males, with a prevalence of roughly 4-to-1 male to female, we began working on Finasteride, which reduces the levels of some male hormones, and the effects were profound. However, as research progressed in animal models, we started realizing that a good part of the efficacy was accounted for by the reduction of Allopregnanolone. Plus, there was an issue of stress reactivity that we had not originally hypothesized, with some patients reporting an improvement with Finasteride because it seemed to control their tics particularly in stressful contexts.

“We knew from animal literature that Finasteride reduced the synthesis of steroids implicated in stress response, like Allopregnanolone, so based on this we started looking at stress sensitivity, finding that one of our TS animal models too was exquisitely sensitive to stress.”

But it didn’t end there… Bortolato believes that ALLO may also be crucial in the brain’s central mechanism for balancing obsession with compulsion—and our need to act on compulsion.

“The role of Allopregnanolone and stress may be crucial in the mechanisms by which individuals feel the urge to carry out a tic,” says Bortolato “this sequence is roughly similar to the link between obsessions and compulsions. TS patients can temporarily suppress their tics, but this then increases the stress itself—and ultimately the severity of the tics. Many adult patients report that they compulsively enact their tics in order to relieve themselves of a premonitory urge. It is likely that, when TS people suppress their tics, their Allopregnanolone levels in the brain go higher and higher—to the point where they may just not be able to stop from acting on them. We believe ALLO is crucial to that irresistible drive, that compulsion to Tic and keep Ticing.”

Paradoxically, Bortolato points out, for most people Allopregnanolone has the positive function of helping people find positive ways of relieving stress. “In the case of TS, however, this way of relieving stress is maladaptive and pathological, and results in an exacerbation of tics. In fact, several TS patients do experience a certain level of relief from their urges when they tic.”

THE AGE OF ALLO

“I believe we are on the crest of a new wave of understanding of just how broad the implications of Allopregnanolone really are,” says Bortolato. “Compulsivity impacts on so many different conditions, from ADHD and OCD/B through to eating disorders and addiction. Our preliminary data lead us to believe that these processes are not limited just to TS, but point to a much broader biological mechanism that speaks directly to the relationship between obsession and compulsion. If we can prove that mechanism, then this therapy would be relevant to a far, far wider set of problems.”

SEPRANOLONE AS AN ADJUNCT TREATMENT FOR CBIT?

“For example” says Bortolato “Sepranolone could, if successful, help patients get far better results from their CBIT, (comprehensive behavioural intervention for tics). CBIT is a major therapy for TS primarily based on teaching patients how to recognize their urges to tic and suppress them. At this point CBIT is quite effective for many patients, but many don’t get the results they need. Pharmacological aid could help people who do not experience improvement with CBIT to reduce stress, improve control and get better results. I definitely think that, if effective, Sepranolone could work as an adjunct therapy for CBIT. Any possibility we have to intervene pharmacologically on the key triggers that unleash tics would be extremely important for treatment”.

TREATABLE CHILDREN IN US

+ 75%
Tourette co-occurs with other mental health or neurodevelopment conditions in over 80% of cases, typically including ASD (Autism Spectrum Disease); ADHD (Attention-Deficit Hyperactivity Disorder) and ADD (Attention Deficit Disorder). Mild SIB (self-injuring behavior) is also thought to affect up to 60% of Tourette patients. In reality therefore market penetration could be relatively low as TS patients may already be treated with both CBIT and pharmacological treatment.

300 – 1500
Tourette is an orphan disease, and with Sepranolone treatment being efficacious and with none of the serious side effects of competitors, the US market potential is calculated to be approximately 150.000- 200.000 patients, at 35.000 – 52.000 USD per year. Factoring in that many patients may already be treated with CBIT and pharmacological treatment, the market penetration could realistically reach 10% of patients. Resultant peak sales would therefore be approximately 500 – 1,000 MUSD(5).